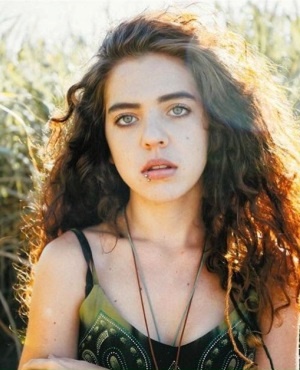 Durban – The man accused of the murder of 20-year-old Siam Lee appeared in the Durban Magistrate’s Court on Monday in connection with eight charges, including kidnapping.

Cebolenkosi Philani Gift Ntuli, 29, is in custody at the Durban North police station’s holding cells and the case against him as been postponed to February 2 for further investigation.

Ntuli – who wore black-framed eye glasses, a long-sleeved white shirt, navy trousers and black boots without laces – has been charged with kidnapping, murder, unlawful possession of a firearm, unlawful possession of ammunition, reckless or negligent driving, failing to perform duties of a driver after an accident, defeating or obstructing the course of justice, and fraud.

It is alleged that he kidnapped Lee on January 4 outside a house on Margaret Mayton Avenue, Durban North and threatened to shoot her, according to the charge sheet.

Lee’s burnt body was discovered by a farmer in New Hanover.

The accused was arrested for Lee’s murder on January 17.

During his arrest at a residence in Assagay, Hillcrest, he was allegedly found in the unlawful possession of a firearm and 11 live rounds of ammunition.

On the day of Lee’s kidnapping, Ntuli allegedly drove a black Mercedes Viano at high speed and collided into a Ford Ranger on the corner of Margaret Mayton Drive and Hinton Drive.

He did not stop after the accident, it is alleged.

On January 8, he allegedly told police that he was involved in a collision on that day but, according to the charge sheet, the accident took place on January 4.

His fraud charge relates to allegations that he told insurance company OUTsurance that he was involved in a collision on January 8 at Cato Ridge.

The media was not allowed to take Ntuli’s pictures or videos because prosecutor Surekha Marimuthu submitted that Ntuli “possibly” faces additional charges and an identification parade might be conducted.

Magistrate Mohammed Motala ruled that Ntuli’s pictures and videos must not be used in the media.

Brad Nathanson, the private investigator who apprehended Ntuli, had previously told News24 that Ntuli was a biochemist who spoke beautiful English and “hardly the kind of guy you picture committing the crime of this nature”.