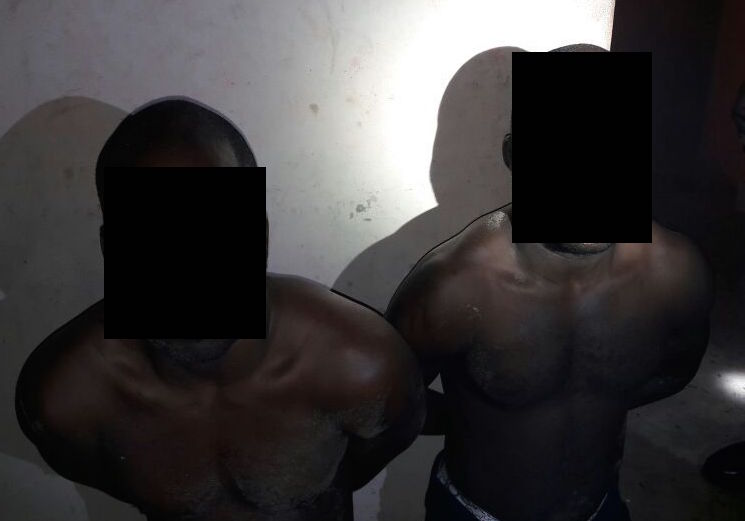 I only arrived in Mangusi at 19h00 15 May 2017. I had been given pain killers but I decided not to take any as I didn’t want to drive drowsy.

I had a hot bath in Mangusi (kind care of some lovely people I met there) “Thank you”. I was fed, hydrated and administered a voltaren injection and then it was back to work.

At around 10h30 I was motivated to contact Colonel Ivan Hamilton of SAPS Border Post. The motivation arose from information that the suspects were indeed going to be leaving Mangusi on Tuesday 16 May returning to Mozambique for an undisclosed period of time. Colonel Hamilton agreed to meet with me.

After digesting the information and a recon of the cottage in which the suspects were allegedly sleeping, Colonel Hamilton seconded the assistance of he SAPS TRT recently deployed to Kosi Bay by President Zuma himself, in an effort to curb the flow of stolen vehicles from South Africa through to Mozambique.

The TRT stormed the one room accommodation.

As smoke from from the stun-grenade began dissipating, I stepped into a room where I found thee men lying face down on the floor with hands poised behind their backs, waiting to be cuffed.

I immediately recognized one of the men on the floor as the man whose photo I had imprinted in my mind.

A search of the room revealed four stolen handguns, stolen from their lawful owners during home invasions and armed robberies as well as many other potential exhibits including electronic equipment and jewelry.

I was given the opportunity to question my suspect regarding the murder of Mr. Marius Deyzel 29 January 2017. His answer it attested to by me in sworn affidavit. There was no doubt for me that this was the man I was looking for. I asked my suspect where the shotgun was that they had used to kill Mr. Deyzel. The answer to this question is currently being investigated by the SAPS. I then asked my suspect to show me what he had done with the other “long guns” from their last home invasion 5 May. Immediately, my suspect directed us to an area where he indicated that he had buried the weapons in the sand outside. From buried in that sand we recovered a stolen hunting rifle and a shotgun. We also recovered ammunition of various calibre. Their possession of the 308 rifle confirmed other information I had that these men are also poachers.The entire conversation between the suspect and I took place in front of an officer of the SAPS.