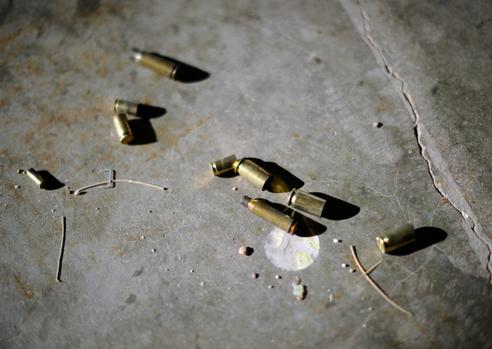 Durban – Advocate John Welch, spokesman for the South African Gun Owners’ Association, which represents about 7 000 members, outlined what he described as the “extremely limited conditions” under which citizens were entitled to act in self-defence.

“In the light of constitutional rights to life, human dignity, freedom and security, any degree of force or violence may be executed lawfully in limited circumstances only, for instance in the preservation of one’s own life or that of a family member or other innocent person,” Welch said.

Welch said this was why capital punishment had been ruled unconstitutional.

“However, the Constitutional Court has also ruled that one is entitled lawfully to defend oneself, even by injuring or killing an attacker, if the attack was such that it was life-threatening to the defender,” Welch said.

Welch said self-defence was governed by common law, and the use of force during the arrest of a criminal was governed by section 49 of the Criminal Procedure Act, No 51 of 1977.

“In self-defence, the first requirement is that there must be an unlawful and violent attack. The defender has the right to use the necessary force, but not excessive force, to thwart the attack,” he said.

“The defence, therefore, must be commensurate with the attack.”

Welch explained that if one person slapped another, the victim would be entitled to grab the person’s hand to prevent being slapped. However, if he continued to hit and kick his attacker, although the latter had stopped his attack, he would then become the attacker and be guilty of assault, or worse.

“However, in the case of typical South African attacks during farm and home invasions and hijackings, the attacks are generally extremely violent – almost always, illegally possessed firearms are involved by a number of attackers. They usually never hesitate to use the firearms and other weapons,” Welch said.

“Contrary to what applies to ordinary citizens, they do not believe in reasonable force. In all cases of such violence citizens would be entitled to used lethal force to thwart the attack. When one considers whether the defence is commensurate with the attack one must not think that implies the same type of force or weapon must be used,” Welch said.

However, Welch said a single slap on the cheek would not mean a victim could shoot his attacker.

“However, if that attacker happens to be a massively built boxer or karate expert, one cannot be expected to absorb such slap – you might not be alive thereafter. If the attack is by a number of violent, but unarmed – or armed with sticks or knives – attackers, self-defence with a firearm might be justified,” Welch said.

He said the law did not expect warning shots, unless it was safe to do so at an opportune moment.

“If the attack is serious, unlawful and violent and shooting at the attackers is the only way to save your or someone else’s life, it might be justified,” Welch said.

However, he advised not to confront intruders, but to rather lock the family up in a room and call the police and security company.

“When you hear them at the locked door warn in a stern voice that you are armed and will not hesitate to shoot, but be prepared to carry out your threat,” Welch said.

“In these troubled times of high violence I advise that citizens prepare themselves better. It’s every person’s right to choose whether she or he wants to possess a firearm.”

According to SAGA in 2011, about 1.5 million citizens, including hunters, sportsmen and collectors, legally owned about 2.9 million firearms, a figure echoed in a Parliamentary Portfolio committee meeting in July.

Welch said a handgun was “the best weapon for the job” as it was generally easily concealed, readily available and not difficult to master with dedication and training.

Welch said the recent Pistorius trial was a typical example of where the accused thought he acted in self-defence when he had not done so.

“There was no unlawful and violent attack on him, but he thought so. The judge believed what he had thought. We shall have to wait and see whether the Supreme Court of Appeal agrees. There are numerous other examples of where people hesitated because they were not certain… whether they were entitled to use a firearm – they are now dead.”

However, Welch said most citizens were not adequately prepared to defend themselves and their family against a violent attack.

“Although many people might have acquired firearms for self-defence, not many have the skills to fight. Not only must one have the tools, one must also have the ability to efficiently use them and the mental preparedness or attitude to fight,” Welch said.

“Hesitation at the wrong moment will get you killed.”

Durban private investigator Brad Nathanson added that a gun owner could only use a gun as a “last resort” when facing “imminent life-threatening danger” or to save someone else’s life.

“If one produces a gun to end a threat and the threat is diffused, the further use of a gun is no longer an option unless it is to keep the threat at bay. But even this has risk that the gun owner is relieved of his gun, which is then used against him. Whether an intruder is inside your house or in your yard does not make the shoot legal. It’s whether your life is in imminent danger,” he said.

Nathanson said regardless of whether a shooting would be deemed lawful or not, the State would charge a citizen who shoots in self-defence in most cases.

“Only fight if you have no other option because there are so many consequences to pulling the trigger.”

“There is however a huge responsibility attached to owning a firearm. It has to become a part of you – an extension of your body, an extra appendage. It should not lie in a safe waiting to be stolen. It cannot be left lying around. If you are going to own a firearm be prepared to practise and to use it if you have to. A weapon is a huge responsibility and is not for show,” he said.

“We have a right to defend ourselves and a duty to defend others. Sadly, we live in a violent time where there seems to be little or no regard for human life. Owning a weapon levels the playing fields but the most important thing to remember is that by pulling the trigger there will be consequences,” he said.

* Consider a firearm loaded, until you have satisfied yourself it is safe. Don’t trust anyone in this regard, not even your father.

* Never touch the trigger of a firearm until your sights are on target and you’re ready to shoot. Once you have discharged a shot or decided not to shoot, take your finger off the trigger. Never rely on safety devices.

* Never point a firearm at anything or any person unless you intend shooting it and have justification in doing so. If you need to point a firearm at an attacker you must be prepared to shoot. If he surrenders you won’t shoot but you still need to cover him until he no longer constitutes a threat.

* Make sure of your target and what is behind it and in its vicinity. You don’t want to shoot your own child who happens to be behind the attacker. A well-trained and mentally prepared person will know how to deal with such a scenario.

* Guns and alcohol do not mix. Never handle a gun while or after you have taken alcohol.

Not a primary rule of safety, but nevertheless important within a family environment: Always have exclusive control over your firearm. Never allow any unauthorised person or children to have access to your firearm.