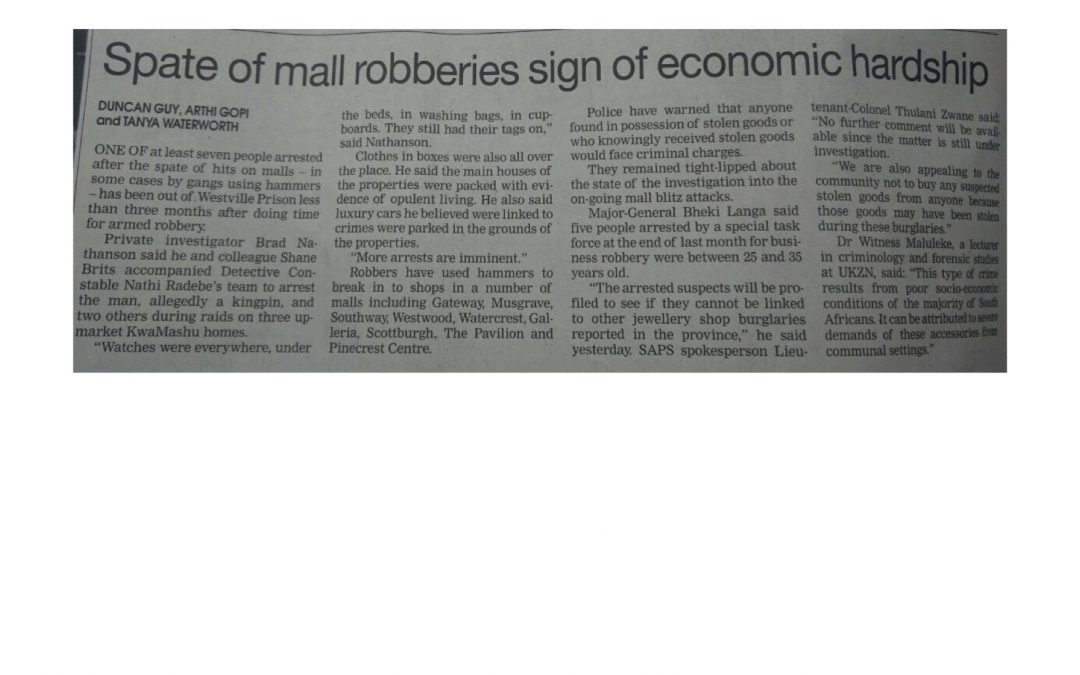 On Saturday 13 May my name appeared in the Independent on Saturday as having been involved in the arrest of three suspects wanted in respect of various armed robberies targeting XS Denim and Watches Unlimited. Together with the SAPS we arrested our suspect along with two others and recovered and placed into custody a suspicious quantity of our client’s product.

As a direct result of this article a man called me with a story that seemed too far fetched to believe. He spoke of a group of three foreign men whom he said were committing armed robberies and home invasions along the North Coast of KZN. He told me that they had killed a man in Umhlali at a “wedding venue” in January this year and that they had shot a policeman in the face in Pietermaritzburg.

I spent Sunday 14 May on the internet googling cases to which I could make reference. I came cross the story of the late Mr. Marius Deyzel. I also learned that the gang’s latest victims (10 May) were resident in Kosi Bay.

On Monday 15 May 2017 my wife Esmé, who is also our technical support, my manager and I headed off for Kosi Bay. I was the driver of the Ford Ranger double cab. My wife sat on the passenger seat and my manager sat behind Esmé. My plan was to visit the complainants in Kosi Bay and to interview my informant along the way.

There was no rush. We left home with more than enough time to spare because of the bad roads especially in the wet conditions that day and the days prior. We did not want to get stuck in accident traffic  that might delay our arrival in Kosi bay which we had planned, to be safe, to be at 16h00. We had decided that this would be more of a “sleep-over” than work but we were not prepared for what happened next.