Jockey held after woman is pummelled to death 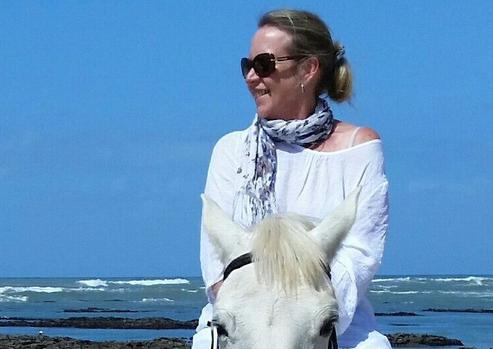 The Scott family is known in racing circles. Scott’s brother, Rob Scott, is a director of the Racing Association and head of horseracing television channel Tellytrack racing, and Phumelela’s marketing and media division. Another brother, Colin Scott, is a KZN-based racehorse trainer.

Described as a “gentle” and “sweet” person by many who knew her, Janet Scott’s battered body was discovered by neighbours who called Hillcrest-based private investigator, Brad Nathanson, to the scene at a house in Cliffdale Road, close to the Shongweni Polo Club, early on Saturday morning. 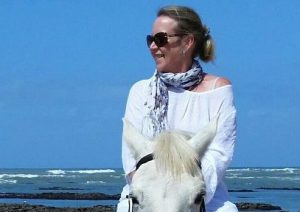 Janet Scott was beaten so badly her brother could only identify her body by the tattoos on her stomach.

“I have been to hundreds of crime scenes and this has to rank in the top five most gruesome murders I have ever seen. About six hours after her death, there was blood from one end to the other in that place,” he said.

Former jockey, Graham Gregorowski, believed to be in his late twenties and also well-known in racing circles, was arrested at the scene. He appeared in the Pinetown Magistrate’s Court on a charge of murder on Monday.

He was remanded to Westville Prison and would appear in court on Wednesday for a bail application.

On Thursday, spokesman for the family, Rob Scott, said he was in Cape Town when he received the call of the murder from Colin.

“As a family we are struggling to comprehend how this could happen. Janet was a schoolteacher, who left teaching and worked in the stock market. She was a clever girl with a very soft heart.

“She moved to Durban about a year ago as she wanted to be closer to my dad. I could only identify Janet by the tattoos on her stomach, she had been so badly beaten,” said Rob Scott, who attended the accused’s first appearance.

He has also questioned as to whether blood samples were taken from the accused at the scene.

He said Scott’s 25-year-old daughter was getting married soon and that she had been excited and looking forward to the wedding.

Private investigator Heinrich Schwarz, who will be assisting with the investigation, said on Friday: “This is a very sensitive case. I am working closely with the SAPS.”

Gregorowski’s mother, Gay Gregorowski, arrived in Durban this week and confirmed she had been to Westville Prison to see her son.

“My family’s condolences go to the Scott family. We, as a family, are mourning the loss of a very good friend, Janet,” she said.

On Friday, Gold Circle chief executive officer, Michel Nairac, said: “It is with great sadness that we learned of the passing of Janet Scott last Saturday. On behalf of all at Gold Circle and the KwaZulu-Natal racing Industry, we send our deepest condolences to Rob, Colin and the entire Scott family at this very difficult time. Our thoughts and prayers are with you.”

While comments on Facebook remained muted as the racing fraternity rallied to protect the family, comments from earlier in the week included: “We are heartbroken, I will never stop loving you my beautiful friend,” posted Jan.

“A very special and gentle lady who was loved and respected by many people lost her life under violent circumstances,” said Reva Barendse.

Lesley Donnelly posted: “Sending much sympathy to all family over this horrific and tragic incident.”

One of Scott’s last Facebook posts reads: “Softness is not a weakness. It takes courage to stay delicate in a world this cruel.”

Scott leaves her daughter, Stacey, her father, Tom, and brothers, Rob and Colin.

Her funeral arrangements are still to be finalised.