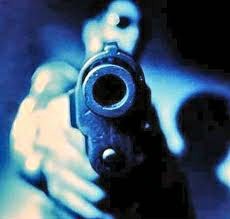 House robberies are wreaking havoc in Durban’s suburbs as the gate-crashing “five-minute” gangs make way for more aggressive and organised home invaders who hold residents hostage for hours, often terrorising them at gunpoint.

The Upper Highway area is experiencing two to three armed robberies a day from Cowie’s Hill to Assagay, while Westville, Durban North and Umhlanga have also been hit.

At first it appeared to be one gang of four or five members, but security professionals believe they could now be looking at others.

Private investigator Brad Nathanson, who is investigating the spate of armed robberies in the Upper Highway area, including Kloof, Hillcrest and Gillitts, said gang members often splintered into new gangs to assume leadership.

While most suspects entered properties through open gates, their items of choice differed as some stole all valuables while others focused on particular items, such as jewellery and vehicles. Some also left a “signature” by taking their victims’ wedding rings, often through violence, or threatening to cut off their fingers.

“I don’t think these gangs are going to leave this area and move to another area. They will stay here, as it is too lucrative,” Nathanson said, adding that, apart from the affluence of the suburbs, the high number of escape routes made them an easier target. The railway line running to Embo was one such route.

Driving through Hillcrest, Gillitts and Kloof, the high level of security is noticeable as people live behind razor wire fences, high walls and burglar guards. Unfortunately, properties that are too private – with high walls, lots of bush and gates that block views – are often more keenly targeted. It is security versus privacy, says Nathanson, and armed response officers agree.

Keshigan Naicker of Enforce said the criminals aimed to beat property alarms and preferred residents in their homes while they robbed them.

“If they can stop the resident from pressing their panic button then they can get away… And you don’t even know that they are following you into your home, let alone how long they were following you or where they came from.”

Blue Security’s Suren Kishwarlal speculated that some gangsters had military training. Their swift methods of carrying out their crimes and getting away with them showed signs of that, he said.

Nathanson suspected some criminals might have police radios, as often they managed to “disappear” only a few seconds after the police signalled their intention to chase.

Security professionals are concerned it is a matter of time before someone is raped or killed.

Police spokesman Thulani Zwane said police were doing their best and trying to ascertain if the perpetrators were the same people.

* Some house robbery cases in January: